What is a learning disability?

A learning disability can be defined as any disruption in one or multiple basic psychological functions. These can encompass but are not limited to an individual’s ability to think, listen, speak, read, or write. There are a variety of causes for such conditions. Some of these include brain injury, brain dysfunction, or dyslexia.

Dyslexia is one of the most common learning disabilities. It is a neurological impairment that is characterized by difficulties with accurate word recognition, as well as weak spelling abilities. We can help with dyslexia treatment for children.

Your child may have dyslexia if he or she struggles with a combination of any of these common symptoms:

Dyslexia often coexists with other disorders such as ADHD, dysgraphia, and/or other speech-language related impairments.

ADHD refers to a biological condition known as attention-deficit hyperactivity disorder. It is most often characterized by difficulty concentrating and remaining still. These symptoms are the result of over-activity in the portion of the brain that is responsible for concentration. In children without ADHD, this region of the brain is typically less active and may even develop more slowly. The symptoms of ADHD are likely to change with time, yet ADHD is a lifetime condition.

Dysgraphia is a learning disability that is writing based. It is characterized by messy handwriting, poor spelling, and misuse of punctuation. These signs will generally appear during a child’s elementary years. 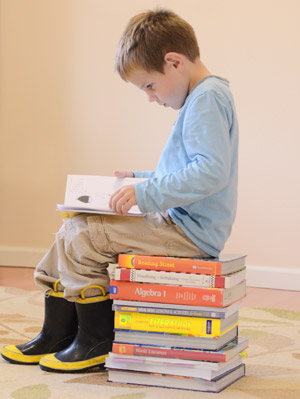